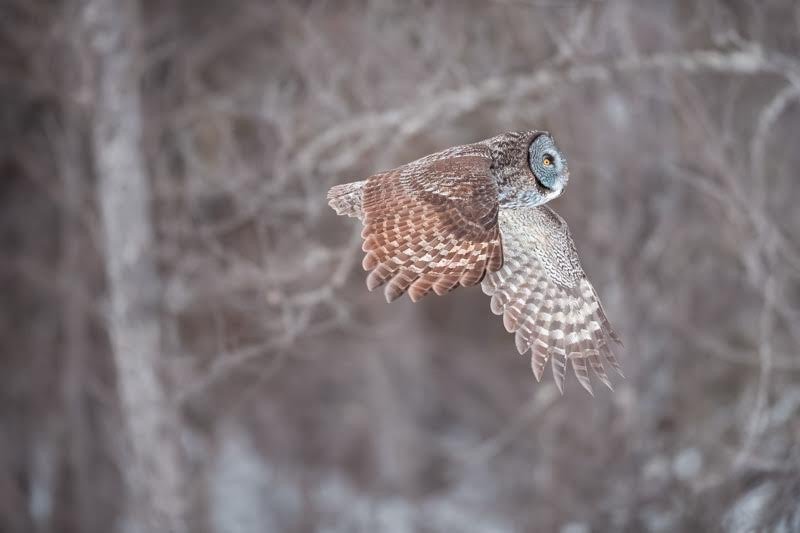 Six years ago, while photographing a grizzly sow and her triplets in Yellowstone, I ran across Richard Pontious. Pure happenstance. Richard is a wildlife photographer and had been good friends with my own photographer-father, Phil Dotson. Dad had passed away over twenty years ago, but here we both were, son and friend of Phil, both in the same place stalking the same wildlife. It had been over two decades, which is why it meant so much to me to talk with Richard, to hear him say, “You must be Phil’s son.”

We’ve kept in contact, and a few years ago Richard mentioned a place in northern Minnesota called Sax-Zim Bog that was noted for its winter migration of numerous owl species from Canada. So just this past February, Kelli and I finally made the trip a reality, and we made sure to meet up with Richard. The temperature was 1 degree F when our plane landed in Minneapolis. I’ve photographed in some seriously cold Yellowstone winter weather, but this new, it was a sustained cold with nowhere to hide. The basement coldness in Sax-Zim reached -38 degrees F while we were there. I was impressed. 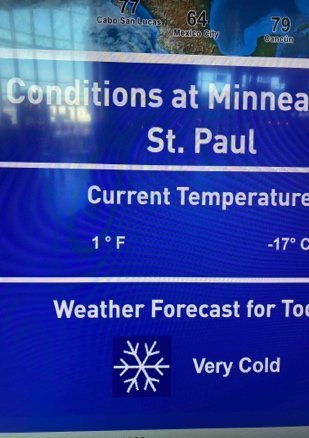 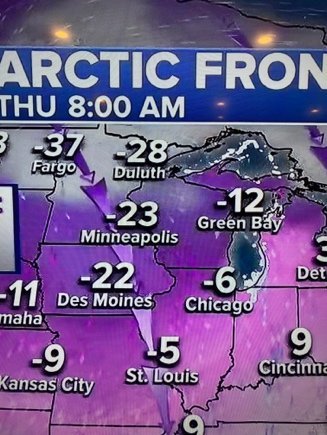 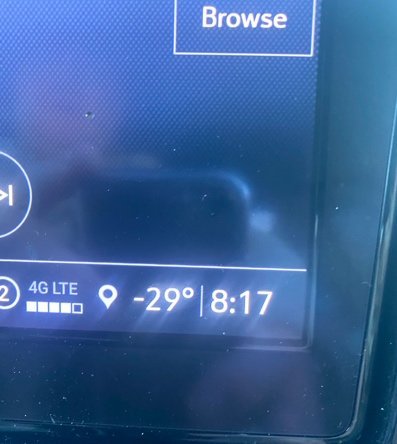 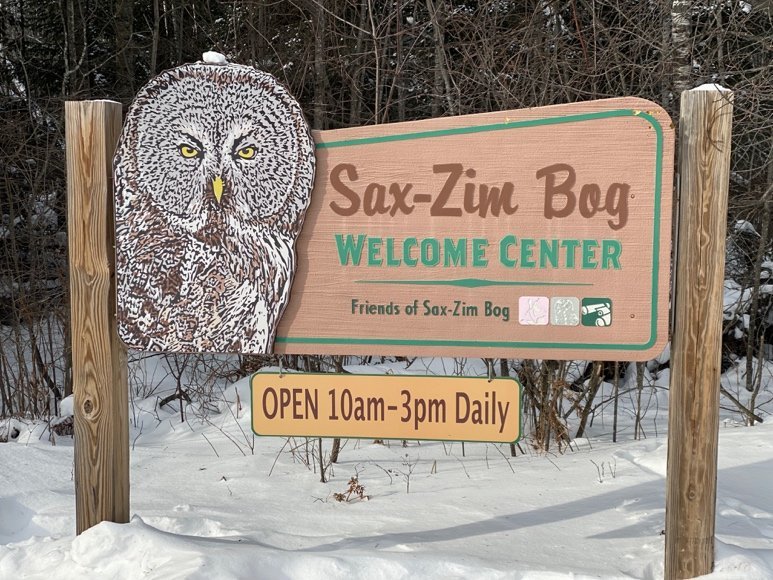 Our quest at Sax-Zim was straightforward: owls. Any owls. But our prize owl was the Great Grays. The Great Gray is the longest owl in the world, reaching a total length of 33 inches with a wingspan approaching 5 feet. Great horned owls and snowy owls, are two north American birds that are heavier, but none can match the grandeur of the Great Grays. 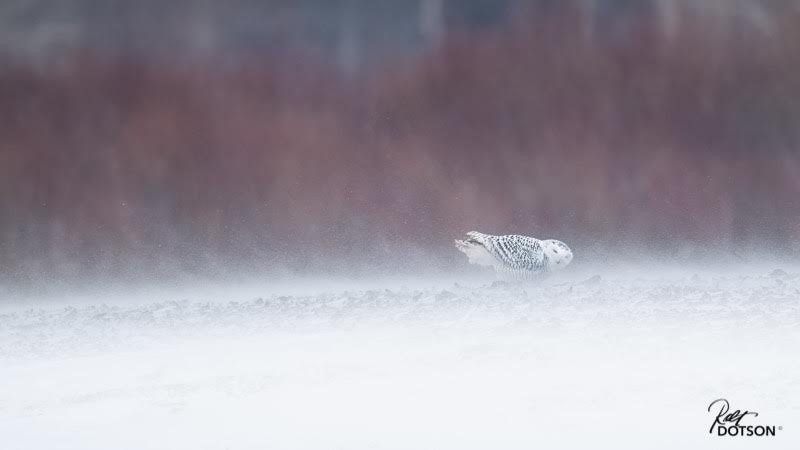 While hunting for Great Grays, I was also able to captures some images of the Artic snow owl, whose territory extends down into the most northern states. This was a first for me. I watched this female predator above me, hunting, flying off 60-plus yards in pounding minus 20 degree-plus winds to grab a vole from under a foot of snow, and then return to her tree. Scientific research indicates that these owls can hear mice moving under a snowpack from over 100 yards away. I might have raised an eyebrow at that factoid, if I hadn’t seen it for myself. 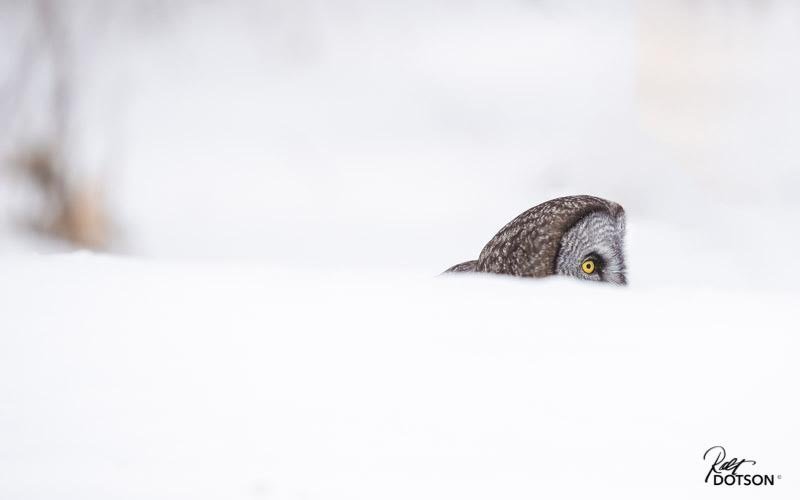 Great Grays are very seclusive, seeking out old growth forests to hide in, which also makes them very difficult to photograph. I have photographed Great Grays in eastern Idaho and Yellowstone National Park, but Sax-Zim Bog has stunning old boreal forests, with craggy trees and seductive, lichen-lined branches and withering moss. Then, couple that with the snowy landscape of February, and it made the perfect palette for creating wildlife art.

We were excited to spot Great Grays hunting voles our very first morning in Sax-Zim Bog, however, it would take us three days to truly get the lay of the land and to find reliable sources in order to hunt and photograph the owls with any kind of consistency.

Another challenge for photographing was trying to get the images crystal sharp. My images from that first morning were a little fuzzy, but it seemed to clear up as the day wore on. After a little detective work, I discovered that the heat from the car we were in was colliding with the minus 20 degree air outside, creating both micro-condensation and a heat wave haze. And then, subsequently, it became clear that I couldn’t allow the camera gear to get too warm, the lens hood had to be removed, and exiting the car wasn’t always optimal to avoid the colliding heat/cold waves. In short, my boots, gloves and hat all got a surprise quality control test in an extreme environment, and some gear passed that test better than others.

The results from Sax-Zim Bog were solid. Several images are good enough for consideration for inclusion in the Dotson Images Fine Art collection. And if I can get two images from a week’s worth of shooting that have Fine Art print possibility, then I consider that trip a major success. Sax-Zim, and its Great Grays and Artic owls, was a success. 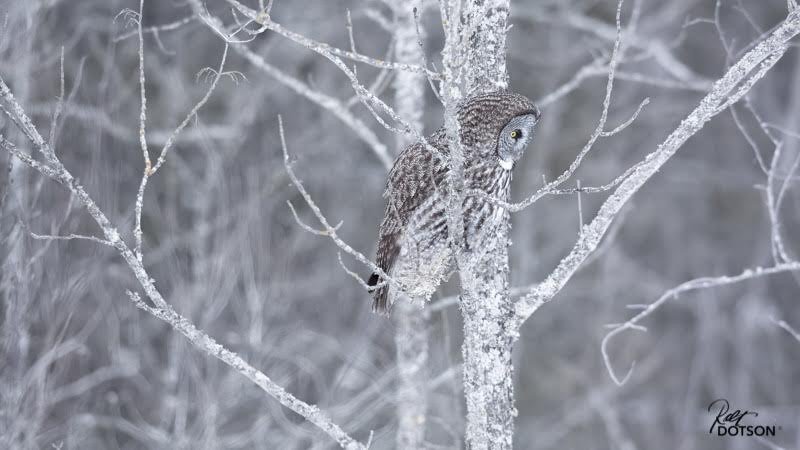 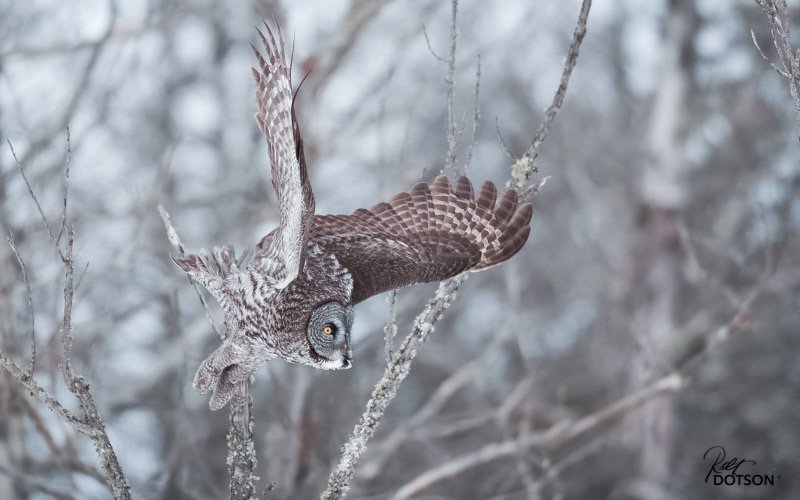